Joint interview with Anthony Bale and Emily Steiner on the works and legacy of Geoffrey Chaucer. The episode originally aired on 20 July 2020.

A short essay on the resonances between the unfinished state of George R. R. Martin’s Song of Ice and Fire and the works of Geoffrey Chaucer, published on 28 June 2019.

Novelist, journalist, and broadcaster Sarah Dunant interviewed me and other researchers working on shame for this podcast investigating the emotion throughout history, and its role in the present day. The podcast originally aired on 4 March 2019.

The Washington Post: ‘The medieval roots of character testimony’

This is a short opinion piece on the Kavanaugh confirmation hearings that I contributed to ‘Made By History’ at The Washington Post in September 2018.

David Spring interviewed me on the subject of medieval insults for the September 2017 issue of Allez Savoir, a journal published by the University of Lausanne. 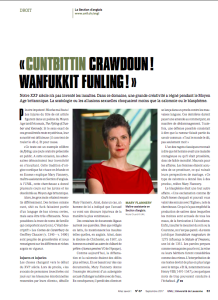 The following is an interview conducted at the University of Melbourne in September 2013.  The ARC CHE in Melbourne have also made other interviews with historians of emotion publicly available here.

This video (which is in French) is a feature prepared by Christophe Schenk for Radio Télévision Suisse on the popularity of fantasy franchises such as Game of Thrones, The Hunger Games, and Lord of the Rings, among others.  It aired at the beginning of 2014.

Exhibition: Temptation and Salvation: The Psalms of King David

In 2009 I co-curated an exhibition at the J. Paul Getty Museum which featured manuscripts of the psalms, as well as images drawn from the Bible story of King David.  The exhibition checklist is available here, and the Getty press release concerning the exhibition may be found here. Publications relating to the exhibition include: