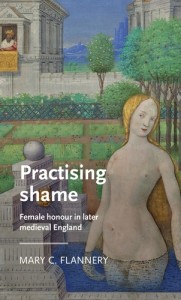 ‘Et cetera: Obscenity and Textual Play in the Hengwrt Manuscript’, Studies in the Age of Chaucer 42 (2020), forthcoming.

As well as describing dishonour itself, the Middle English word ‘shame’ can refer either to the emotion resulting from an awareness of dishonour or disgrace, or to the anticipation of dishonour, the potential for disgrace to be experienced. Late-medieval English literature reveals the interrelation between the personal experience of shame and the way it is produced in relation to others, typically through such kinds of exposure as showing and telling. This essay draws attention to the complex ways in which shame is imagined in late-medieval English literature. It begins by considering the two major focal points of late-medieval shame studies so far: chivalric literature and Christian shame. After surveying the approaches that have been taken to date, it suggests new themes that deserve critical attention in these areas. The remainder of this essay points to other literary contexts in which we might investigate shame more closely. While chivalric and devotional texts are significant areas in which shame was imagined, medical, conduct, and advisory texts also engage with the concept of shame in important ways. 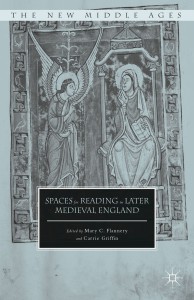 ‘”You and Me, Baby, Ain’t Nothin’ But Mammals”: Animal Metaphors and Sexual Consent in the Poetry of William Dunbar’, in Subjects of Violence: Women, Consent, and Resistance in the Late Middle Ages, ed. by Sarah Baechle, Carissa Harris, and Elizaveta Strakhov (Pennsylvania State University Press, forthcoming).

‘Emotion and the Ideal Reader in Middle English Gynaecological Texts’, in Literature, Science and Medicine in the Medieval and Early Modern Periods, ed. by Rachel Falconer and Denis Renevey: SPELL, Swiss Papers in English Language and Literature 28 (Narr, 2013).

(with Katie L. Walter) ‘”Vttirli Onknowe”?  Modes of Inquiry and the Dynamics of Interiority in Vernacular Literature’, in The Culture of Inquisition in Medieval England, ed. by Mary C. Flannery and Katie L. Walter (Cambridge: D.S. Brewer, 2013). 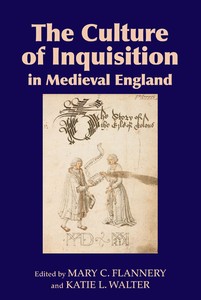 ‘The Shame of the Rose: A Paradox’, in Guilt and Shame: Essays in French Literature, Cinema, and Thought, ed. by Jennifer Chamarette and Jennifer Higgins (Peter Lang, 2010).

‘Emotions Move, Emotions Matter’, guest post on Histories of Emotion from Medieval Europe to Contemporary Australia, blog of the ARC Centre of Excellence for the History of Emotions, 6 June 2014.

(with Juliette Vuille) ‘Emotion, affect, and sentiment in Switzerland’, guest post on QMUL History of Emotions Blog (edited by Thomas Dixon and Jules Evans), 28 May 2013.

‘Stephanie Trigg, Shame and Honor: A Vulgar History of the Order of the Garter’, Times Literary Supplement, 14 December 2012, 30.